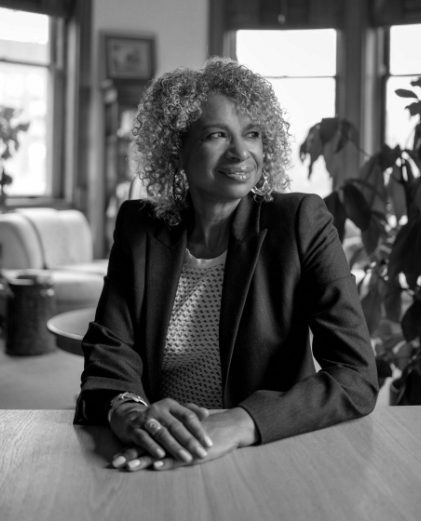 Ms. Caraway has played a major role in shaping the goals and objectives of the National Democratic Party and has been called upon throughout her career to coordinate various party efforts. From 1982 to 1985 she served as Director of Education and Training for the DNC under the late Chairman Chuck Manatt and in 1985 Caraway was appointed Sr. Advisor to Chairman Paul Kirk and Executive Director of the Fairness Commission, the committee responsible for developing the rules for the 1988 convention. In late 1985 she joined the National Rainbow Coalition as Chief of Staff for what became Jesse Jackson’s historic second bid for president. In 1988 she was appointed an At-Large DNC Member and served in that capacity until 2009. 1989, she played a pivotal role in the historic election of the late Secretary of Commerce Ron Brown to Chair the Democratic National Committee.  She later became Chairman Brown’s Senior Advisor at Party Headquarters and managed the Site Selection Process for the 1992 Democratic National Convention.  Since 2008, Ms. Caraway managed the backstage and podium operations for the Democratic National Convention.

Since founding The Caraway Group in 1987, she has led her team in the counseling of a number of well-known Fortune 500 companies, nonprofit organizations, government agencies, and high-profile individuals in every aspect of communications strategy. She is a nationally recognized public relations and public affairs strategist who is known for policy-making, political management, and public relations work in government and the nonprofit and private sectors.

In 2009, Ms. Caraway was appointed to the Council on American Politics, a group of nationally renowned political leaders addressing current affairs and working toward the growth and enrichment of The George Washington University School of Political Management. Ms. Caraway is a member of the Corporate Directors Group and the American College of Corporate Directors, and is on the board of directors of Color of Change PAC,  Head and Heart Philanthropy, Rush Arts Philadelphia, and Emily’s List, where she serves as Secretary-Treasurer and chairs their DEI Committee. In addition, Ms. Caraway is an avid supporter of medical marijuana and member of the Diversity, Equity and Inclusion Committee of the U.S. Cannabis Council, a national coalition of cannabis-related businesses that represent all aspects of the cannabis industry.

On October 2, 2018, Yolanda Caraway became a published author – co-writing “For Colored Girls Who Have Considered Politics” with Donna Brazile, Leah Daughtry and Minyon Moore for which they won the 2019 NAACP Image Award for the Literary Non-Fiction category. The book has received critical acclaim and has led to the authors speaking at numerous corporations, universities and non-profits.  Ms. Caraway is represented by Macmillan Speakers Bureau.

HyperFocal Communications is a